A busy and testing time for outdoor events for local village and town councils such as Maresfield annual fete, Crowborough Chamber of Commerce Fun Day. Confirmed as Approved supplier to Crowborough Town Council for all outdoor events Constant repairs and servicing for customers such as British Car Auctions and The British Wildlife Centre. Installations, various Care Homes, churches and schools across the SE such as Tenterden, Hove, Brighton, Maidstone, Rye, Ickenham, Bognor and Winchelsea . Supplied and installed ‘hearing loop’ systems to Top Independent School 2019, Brighton College. Despite lean 2020 due to Covid-19 , live events have taken a back seat but installation and flight casing orders have returned with installations at the new Highways England HQ in Kent plus many large bespoke cases for two international conference logistics companies.

A quieter year for hires but installations taking a bigger part of our day to day operations. Numerous village halls, retirement homes and church installations with PA ‘s and hearing loops. Two members of staff attending a Hearing Loop specific training day in Newark, Lincolnshire, adding to our expertise and knowledge base.

It has been a fairly consistent year with existing customers returning for more hires and installations and new client’s added to our portfolio. 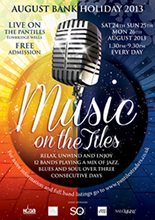 Over the past 18 months working alongside companies such as BlueBox, Funktion 1 and Pro Audio – London, we have seen the completion of installations at the London Aquarium, Hakkasan, Yauatcharestaurants, The Supper Club and The True Jesus Church, London.

School productions included We Will Rock You, which had the full sound and lighting rig along with video playback on large projection screens, and Me and My Girl. We also managed to squeeze in a Christmas run with the pantomime Dick Whittington in Roehampton.

All of this alongside our continual technical and staffing support for other hire and production companies, providing engineers for awards ceremonies, conferences, AGM’s and like from London, Birmingham, Brighton, Edinburgh and Venice.

With all the increased shows we have extended our radio microphone stock along with several new amplifiers and loudspeaker systems and ‘flying’ accessories.